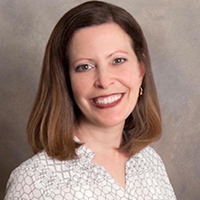 Mrs. Taylor has been employed with the College Hospital health care system since September of 2005. Prior to this, she was an associate with a medical malpractice defense firm in Costa Mesa, California. Mrs. Taylor has represented numerous health care providers in litigation involving medical malpractice, elder abuse, personal injury, breach of contract, premises liability and insurance bad faith.

From September of 2005 through March of 2009, Mrs. Taylor served as general counsel for College Health Enterprises. In that capacity, she was responsible for advising on the risk associated with the company’s facilities; both from a liability and financial standpoint. She was also responsible for ensuring that all of the company’s facilities were compliant with all state and federal regulations, including the Health Insurance Portability and Accountability Act (HIPAA) and all corporate compliance regulations.

In March of 2009, Mrs. Taylor was appointed as vice president of managed care for College Health Enterprises. In that capacity, she was responsible for negotiation and contract management with regard to numerous health plans (i.e., Blue Cross Blue Shield) that maintain service provider agreements with the company’s facilities. She was also responsible for resolving conflicts between payors and providers, along with maintaining excellent relationships with the health plans. Mrs. Taylor was also responsible for a percentage of the combined gross revenue at College Hospital.