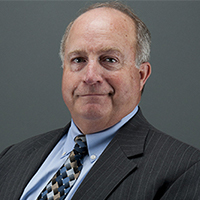 Richard Peterson is director of the Judith O. Hollinger Dispute Resolution Program and adjunct professor of law. Previously at USC, he served as a lecturer in law, teaching the ADR Law and Policy Course, and also served briefly as senior director for experiential education prior to his current appointment.

Before coming to USC in 2017, Richard was on the faculty of the Pepperdine University School of Law, where he served for 15 years, including as a member of the faculty of the Straus Institute for Dispute Resolution. While at Pepperdine, Richard also served as director of the Special Education Advocacy Clinic and as director of externships. Professor Peterson holds a BSL and a JD from Western State University, as well as an MDR and LLM in Dispute Resolution from Pepperdine.

Before beginning his teaching career in 2002, Richard worked as a consultant to inter-city school districts and schools across the nation, teaching dispute resolution and anger management curriculum to K-12 teachers, administrators and probation officers as part of gang violence prevention programs. He began practicing law in 1979 and has served as a private mediator and arbitrator for more than 35 years. Richard has an AV rating with Martindale Hubbell.