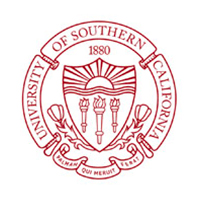 John A. Buchman is managing director and regulatory counsel for Charles Schwab & Co., Inc., in San Francisco, where he has worked since December 2015. At Schwab, John advises the Treasury Capital Markets and Deposits & Payments groups that oversee the company’s Capital Stress Testing, Liquidity Risk Management and Bank Sweep Deposits initiatives. John is currently a lecturer in law at the University of Southern California Gould School of Law, where he teaches the Financial Institutions Regulation class.

From 1991 to 2015, John was a member of the adjunct faculty at the George Washington University Law School in Washington, D.C., where he taught banking law and a financial regulatory reform seminar class. He also guest lectured at Berkeley Law School. From 2010 to 2015, John served as the first chair of the advisory board of GW Law’s Center for Law, Economics and Finance. Prior to joining Charles Schwab, from 2013-2015, John was executive counsel, regulatory affairs with GE Capital in Norwalk, CT. Previously, John was vice president, general counsel and corporate secretary of E*TRADE Bank in Arlington, VA, for over 12 years. John has also been a director and chair of the audit committee of Congressional Bank in Bethesda, MD, since 2009. John received his law degree from Harvard Law School and a bachelor’s degree from the Georgetown University School of Foreign Service.