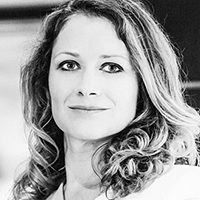 Valentina is a frequent speaker on copyright, content protection and technology issues at industry conferences and at universities and previously served as trustee of the Los Angeles Copyright Society. She earned her B.A. from McGill University (Montreal), M.A. from New York University and J.D./LL.B. from Osgoode Hall Law School (Toronto). She is admitted to practice law in New York, California and Ontario, Canada.