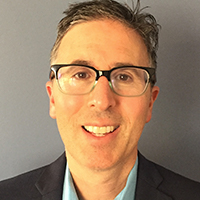 Daniel Yankelevits is senior vice president, legal affairs at Sony Pictures Entertainment in Culver City, California. His primary responsibilities include negotiating and drafting talent agreements, financing agreements, rights agreements and other agreements relating to motion picture projects (both animated and live-action). Prior to his tenure at Sony Pictures, Yankelevits was a business affairs executive in the motion picture group at DreamWorks, where he negotiated agreements relating to all aspects of many feature films, including Catch Me If You Can and Win A Date with Tad Hamilton. He previously served as director of business and legal affairs at New Line Cinema, and as director of business affairs for Home Box Office (HBO), where he helped structure the deals for series such as The Sopranos.

Prior to teaching Entertainment Law and Industry at USC Gould School of Law, Yankelevits taught a class at UCLA Extension titled Negotiating Talent Agreements and Motion Picture Contracts. He is the co-author of Hollywood Dealmaking (Allworth Press, 2002), and has written several articles about the motion picture industry. He served as chairman of the Beverly Hills Bar Association, Entertainment Section, from 1998-1999 and currently is a member of the Los Angeles Copyright Society. Yankelevits also serves on the planning committee for the Institute on Entertainment Law and Business, held annually at USC.

Yankelevits earned his J.D. at Harvard Law School and studied philosophy as an undergraduate at Binghamton University in New York. He began his legal career at O’Melveny & Myers in Los Angeles.