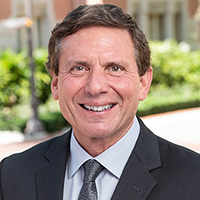 Peck was senior director for intellectual property at the Office of the U.S. Trade Representative from 2003-2005, and director of Japanese affairs at USTR from 2001-2003. He was the lead negotiator for the intellectual property chapters in several free trade agreements, including the U.S.-Colombia, U.S.-Peru and U.S.-Panama FTAs. He also oversaw the implementation of intellectual property provisions in the U.S.-Chile FTA and the CAFTA-DR Agreement. As senior director, Peck led an interagency team responsible for developing and implementing policies to strengthen the protection of intellectual property rights in Japan, Korea, Southeast Asia and Latin America; and was also responsible for overseeing U.S. trading partners’ compliance with bilateral and international obligations to protect and enforce IP rights. As director for Japanese affairs, Peck co-chaired the U.S.-Japan Information Technologies Working Group, and worked on regulatory reform initiatives in Japan’s legal regime for IP rights, as well as in the IT, e-commerce and telecommunications sectors. He also led bilateral talks with several Asian countries under the WTO negotiations to liberalize international markets for services and led the U.S. delegation at the WTO TRIPS Council meetings on IP matters.

Prior to his work for the U.S. Trade Representative, Peck was an attorney-advisor with the Office of the Chief Counsel for Import Administration at the Department of Commerce from 1998-2001, where he participated in a number of antidumping and countervailing duty cases. He also participated in litigation before the Court of International Trade and international dispute settlement panels, including an appearance before a WTO Panel in Geneva.

Before earning his law degree, Peck lived and worked in Tokyo for over nine years and held management positions with both U.S. and Japanese companies.